There has been a lot of buzz lately around the topic of Web3.

Which begs the question: What is Web3?

It's definitely a buzzword, but it does have some meaning. And even buzzwords can be helpful to our human brains that love creating shortcuts with heuristics and vocabulary.

Web3 broadly means a more decentralized version of the internet.

For the tl:dr; version, check out this Tweet-sized explanation from Chris Dixon:

Web1.0 (shorthanded to Web1) was mostly simple, static websites. We're talking pure HTML and the content was saved in files. Things were read-only, and there wasn't much interaction you could have with a website as a visitor.

This era lasted from the inception of the internet through the mid-1990s.

Basically, Web2 is what you and I interact with on a daily basis.

What's the difference between Web2 and Web3?

I love this description from the Ethereum blog:

Web2 refers to the version of the internet most of us know today. An internet dominated by companies that provide services in exchange for your personal data. Web3, in the context of Ethereum, refers to decentralized apps that run on the blockchain. These are apps that allow anyone to participate without monetising their personal data.

Back to Chris Dixon's description of read/write/own.

These applications were operated and maintained by centralized organizations. A lot of crypto/web3 proponents use the word centralized in a strictly pejorative sense. If you start exploring this space, you'll begin thinking that all centralization is bad.

But centralization comes with some benefits. A comparison, again from the Ethereum blog:

The speed and cost components are critical to understand. Transacting online today is really fast because most of our transactions run through centralized banking networks like VISA. The cost to VISA is very low so the cost to the user is very low. The throughput is really high.

However, most Web3 optimists would say this can and will improve.

And in a decentralized world of transacting, our data is not owned by a centralized bank or financial institution – it's ours. We also don't need to trust the central authorities and the information they give us – in a Web3 world, all information stored on a blockchain is transparent and accessible.

More on the trust component in this interview in Wired with Gavin Wood, who coined the term "Web3" in 2014. His argument for Web3 is the transparency provided by a blockchain.

Web3 allows for decentralized applications (dapps) that create resilience in the network as well as more democratization. Resilient because a decentralized app would be much more difficult if not impossible to bring down. Democratic because the application would be governed by the participants across the network, not a central governing body.

There could be a Twitter-like dapp that does not have a central, governing body. Today, Twitter as an organization can turn your account off, whereas decentralized Twitter could not.

I'll talk about this more in a future post, but Web3 has the potential to position the user (individual, creator) in the center of their internet experience. YOU own your data. YOU choose who can see what parts of it. And YOU could get compensated for sharing that data.

A massive challenge in the Web3 space is UI/UX. The Web3 tooling at this point is pretty gnarly and doesn't yet integrate with most web browsers. In order to interact with Web3 applications, you will likely need a third-party tool to integrate with your browser (like a digital Wallet).

This creates a pretty big hurdle in terms of additional steps and education required by the user. And once you've gotten your set of tools in place, they are still pretty unintuitive (and borderline terrifying) to use.

This is a challenge, but it's also a big opportunity for creators. By creating user-friendly, accessible Web3 content and experiences, you can stand out and help a lot of new people step into this new world.

Much more on that in coming essays.

I have as much contempt for buzzwords as the next guy. But they do have some utility – buzzwords are shorthand for aligning with someone quickly on what exactly are we talking about here.

Web3 gives more control back to the user. But for that to be true, we still need several advancements in technology. People aren't going to be excited to pay the high transaction fees for most everyday purchases.

But we are seeing more Web3 activity around a LOT of the spaces that creators play in...art, community, memberships, and allowing more individuals share in the upside of projects.

I intend to highlight and showcase some of these experiments. The early Web3 experiments of real creators as these technologies launch, grow, and mature.

Further reading: Wtf is web3? (and does it actually exist yet?) 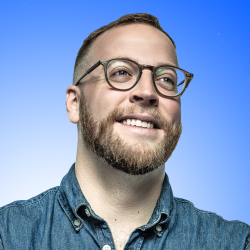 Once you've become acclimated to the space, buying and selling NFTs can be done really quickly and easily. But there's
Jay Clouse
Jan 21, 2022 10 min read
Web3

Crypto Wallets – How to store digital assets and cryptocurrency

To interact with the different app, Dapps, and services in the Web3 universe, you'll need to use cryptocurrency and other
Jay Clouse
Jan 21, 2022 5 min read
Web3

NFTs vs. Tokens vs. Coins

As you wade into the Web3 waters, you'll get used to seeing tons of acronyms and other lingo related to
Jay Clouse
Jan 10, 2022 3 min read
Table of Contents